I just returned from a long walk.

But this walk wasn’t my typical neighborhood, or even paved path kinda trek.

I decided to venture off the beaten path, literally, and adventure out on a nearby mountain bike path.

I normally wouldn’t even think about walking outside at 2 pm in the afternoon- it’s far too hot in the August sun. But I just had get a breather.

My husband kindly offered to watch the kids and referred me to the course- but advised me of the heat, and proceeded to warn me not to get lost.

Seriously, though- thank you sooooo much, hunny. I needed the break.

So, I followed his directions, parked the car and found the trail. The tall grass surrounding the path was bending this way and that as the gentle breeze blew.

It was kind of Heaven.

“This is not bad. I can totally do this. I am not going to overheat, or get lost…pshhhh.” I kept repeating that to myself, between singing encouraging verses of songs from the radio.

And I didn’t get overheated or lost.

I got to a sign- held up by a rusty chain that read, “Trail closed. Do not enter.”

Okay, so I’ll just head back the way I came…

I start heading up a hill.

Wait, did I even walk down this hill?

I head to the right a bit.

But, did I originally come from the left?

I pull out my cell phone.

I remember that “Big Brother” thing where it knows where my parked car is- so I enter that and hit “go”.

After walking approximately 20 feet, Siri proudly announces I have arrived at my destination.

I enter into a shady area.

I trip over a huge rock in the middle of the path.

And over another one.

Okay, I definitely do not remember those rocks. Or those trees. Or that blade of grass. Nope, not ringing a bell.

Where the frig did that “Beware of Snakes” sign come from??/??/

I am suddenly having a hot flash.

There’s a lot of rustling in the bushes.

I’ts probably a hundred hungry snakes and their babies.

There’s weird squeaking and loud buzzing and frequent flapping that are making me stop and stare at everything.

My heart is racing.

A leaf geeeeeently falls out of the tree and caresses my sweaty back and lands between my sports bra and my tank top.

TOOOOtally thought it was a ginormous spider attacking me, so naturally I SCREAM.

The kind of scream you hear in the movies. In the woods.

But I just picked up the pace. After I aggressively wiggled and wrestled the stinking leaf out of my shirt…

I have made it out of the shady area, and begin following the path ahead of me now. Until I get to any kind of fork in the road.

I am second guessing everything.

So I close my eyes, and breathe.

I can do this, I start repeating again. A few words from the radio come back to me…

I lift my head and open my eyes.

I see a large, shiny object- peaking out from the dark, overgrown greenery.

I remember seeing this! The old Silo!

Ah, I think I parked near it!

There’s a pep in my step now.

As I get closer to the Silo, it’s such a beautiful sight,. But I do now realize that I did not, in fact, park there.

BUT, I can hear the zipping and zooming of other cars, and it helps me remember that I parked near a major road.

So, I followed the road.

And eventually, I found my car.

Just as the gentle breeze picked back up…

You cannot begin to see the sweat in this picture….

Now, what on EARTH does this have to do with school and your child?

We’ve been spending a heck of a lot of time searching and hunting for the perfect supplies to hold in their their new backpacks.

What else should be on a school “supply” list?

Dictionary.com defines “supplies” as ” furnishing or providing a person or establishment with what is lacking or needed…”

Some days, could they feel lost and out of control?

And we cannot prevent them from it all.

But you can supply them.

No amount of glue will heal a hurting heart.

But a smile can.

No technology or GPS device will actually get them to the desired goal. ( Seriously, Siri…. ugh)

You can provide them with…

Lift them up. Every good comeback story has a character that pushes the MC down, spits, throws dirt, and meanly states that they can never be what ever it is that they are dreaming to be. But those unlikable characters and hard moments are crucial. It produces determination and grit.

So dust ’em off, show them how to get back out there and remind them THEY CAN. And even when they can’t, He can. NEVER ever, give up.

And last, but not least, point them toward the light.

It may not be their final destination, but it will keep their heads up on the journey. ( think shiny Silo :O)

Soon they’ll be walking in to the classroom with of all the latest, greatest, and requested stuff on that list.

Ah, if life was only like the TV shows and movies.

Then school time would be a piece of cake.

But alas, it is far from it.

This time of year, although still technically under the umbrella of Summer, has almost zero sense of “sit back and relax.”  As if completely unrelated to its 3 month “chill” predecessors, September tends to bring high levels of stress and catapults us back into the daily grind.

Did anyone stress about school supplies this year?

Well, I sure did. I didn’t just stress, I flat out had a full on panic attack in Walmart when I couldn’t find the proper size post-it notes from the list. FULL ON PANIC. Not my best moment.

I calmed myself, found my children in the various isles they had wondered off to, and quietly exited the store. Post-it note-less.

Then there was packing lunches,  buying new last minute clothes ( as my oldest child has discovered how easily items can be altered with a pair of scissors!!!!!!!)… and of course the case of the shoes that fit perfectly yesterday but somehow NOT this morning at 8:15 am. Riddle me that.

I have sworn to deep breathe through these moments and not resort to yelling or freaking out.

Its a good thing I’m not a betting woman.

But I’m trying, people- really I am.

All of this chaos did, however, bring on some reflection.

There are certainly times in our life when we honestly feel we are being tested.

Put through the ringer.

Poked, prodded, and pulled in each which way.

Well, folks. You’re not crazy. That’s exactly what is going on. 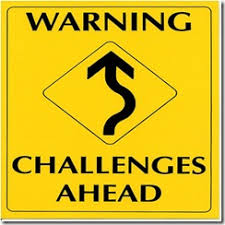 I stumbled upon this wonderful set of sermons* dealing with the concept of being tested.

It was fascinating. I’ll summarize.

It explained the four common trials that plague most people:

Number one poses the question, “How will you HANDLE the STRESS you are under?”

Who/What do you turn to when the waters get rough?

There are many opportunities to “run” from our stresses.

*”If  I JUST get to the gym, I know this crazy morning will be behind me.”

*”After my Starbucks triple venti soy skim mocha java non-dairy no-foam extra hot latte, I can take on the world.”

There are even more chances to complain.

*”I’m just not getting enough SLEEP…”

But what IF? Would it ALL go away?

I don’t know about ya’ll, but even after I have been kid-free, massaged, pedicured, and caffeinated -I still blow up at the slightest thing once I walk in the door. Why is that? Is it that I am running to the wrong things?

Number two poses the question, ” What will you do with the DISAPPOINTMENTS in your life- that have come from PEOPLE?”

Now, this one might not make perfect sense at first. It is a question based on the premise that people will inevitably let you down. Not being a negative Nancy, just stating a fact: we are a flawed human race. No one is perfect, so it’s bound to happen.

If we put all our eggs in someone else’s basket, well, we might end up egg-less at some point. ( while someone else is enjoying a nice veggie omelette)

Things don’t always turn out the way we had hoped for or dreamed about. But your problem is NOT the people in your life, it is HOW you ultimately respond to them.

People are not always the issue, OR necessarily the answer.

Number three poses the question, “Will I KEEP my COMMITMENTS?”

This is  a test of your character. Are you someone who over-commits? Do you see a clipboard and sign your life away? ( See an earlier post about THE BARE NECESSITIES  http://justcomposeyourself.com/2016/11/going-on-a-bear-hunt-plus-a-diy-and-a-challenge/ )

We, as a people, tend to spread ourselves a little too thin- thinking quantity not quality in life.

In this ever changing virtual world, it is also easier to back out of things, too.

Get the picture? It’s sad, but true.

Will YOU keep your promises? Or find an excuse as to why you can’t…

And number four poses the question, “WHO will be FIRST in your life?”

This can usually be answered by diving deeper into a subsequent soul-searching triad of thoughts. No matter the struggle, no matter how long you’ve been fighting…PLEASE hang on. The Dawn is coming.  And you will face it stronger than you began.

I'm a writer, and DIY connoisseur, who spends too much time trying to turn my suburban townhouse into a dreamy beach house. I love the color white, which is ironic because I can't wear it or use it anywhere because of my three vibrantly colored daughters. These three energizer bunnies keep me fit, faithful and forever inspired with picture book ideas. When I'm not writing , I enjoy baking and most recently, wreathing. Each month brings me a new challenge for our front door! I love to inspire, as many have done the same for me.